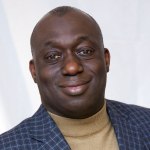 Welcome to #SoulTies 32. In this session, I share on why you shouldn’t send your nudes to anyone #NoNudes.

Welcome to a short tweet cast titled #NoNudes to CHRISTIAN SINGLES numbered from 1 to 90.

Your servant in Christ

Please leave a comment. I appreciate your thoughts. Cancel reply

This site uses Akismet to reduce spam. Learn how your comment data is processed.